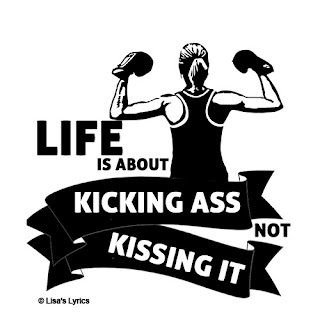 I have tried to theorize why Sports Radio 610 and Sports Talk 790 are getting beat by ESPN 97.5.  Logic would dictate, stations with local professional teams should beat a station without a professional, right?  WRONG!

Sports Radio 610 has the Houston Texans

Sports Talk 790 have The Houston Rockets and Astros

All three teams are relatively good, so what's the problem!  Why these stations cannot dominate a station with no professional partnership?

There are multiple variables at play but I believe the most important variable, are the teams.

In the old days (when I say old days, I mean like 5 years ago), the Professional Team and Station model worked but now we are seeing it's not an automatic.

If you remember, 105.3 (Dallas) snatched up Gavin Spittle from Sports Radio 610.

As stated earlier, their are multiple variables.

I am using Sports Radio 610 and the Texans for this example, but I could easily use Sports Talk 790 and their relationship with the Rockets and Astros.

In the past, everyone believed they had to talk Texans to stay competitive with SR 610.   Most figured "football was king in Houston" and everyone wanted to hear all things Texans.   We didn't factor in Rockets and Astros becoming major players and this thing called Social Media.

ESPN 975 is not beholden to any local professional team so they are mandated to exclusively talk about teams they are in partnerships with.  ESPN 975 can talk Texans, Rockets, or Astros in a positive or negative manner in addition to talking about.
These are not like mentions, each one of these bullet points are segments and has the potential to drive the whole show.

ESPN975 is not restricted to talk about local professional teams.  If there is a big story or a controversial play, it will drive the shows but on a typical day, they are like "fuck the local teams" as a main point of discussion; they will go all types of direction in topics.

If ESPN 975 were reduced to talking simply Texans, Rockets, Astros for the majority of their shows, they would get creamed by the competition.  In season, it makes sense to focus on the local team playing but I am beginning to see, a lot of people truly do not give a fuck.

975 has figured out a way to compete with the Legacy Stations  without competing with them in their comfort zone.

Posted by HMW at 5:57 PM No comments: Links to this post 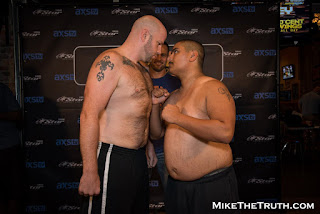 AJ Hoffman is a cohost of The Blitz ESPN 97.5 4-7p, partnered with Fred Faour.  AJ came up through the ranks as an on-air personality but now he's an on-air personality and a Program Director.  If you do not know him, AJ  is not the person for public chatter and social talk.  AJ has made it known, he's not fond of the riff raff but in his new role as a Program Director, he's been listening.

Long story short, Sports Radio 610 has made some changes. Sports Radio 610 fired Rich Lord and Mike Meltzer.  The Morning Show for 610 is Seth Payne and Sean Pendergast.  The Afternoon show is Clint Stoerner and some dude from Atlanta from NBA TV.

As a Program Director, AJ (who is also a personality in afternoon drive) wanted to see what he was against. AJ scouted 610 new afternoon show and completed obliterated them.

Honestly, I like Clint Stoerner, that down south flavor but this show does not have a chance.  Although Clint is from the Houston area and has the "hood slang" , he is not a name in Houston and this other dude is not even worth a Google search.

Check this out on Chirbit

The Blitz are cruising, HOWEVER

I believe The Bench may have some problems.  Damn near 100% of people who listen to Lance Zierlein and John Granato at 7am, tune in to 610 programming at 6am Including John Granato.  You can hear Granato piggyback off of 610's topics in the am.  But fuck that, I like Granato, the point is, when it was MAD Radio with Seth Payne and Mike Metlzer, a lot of fans used the 6-7a to cross over to LZ and Granato.  On average, I listen to 2-3 shows a day at once but most listeners are not like me. I believe with Sean and Seth, there will be a whole lot of fans staying.

Seth is good, the only thing I do not like about Sean, is his smacking lips (and A lot of local personalities has the SMACKING LIPS) transition to other takes, seems like he should be on Montrose Blvd blowing dick but that's besides the point, the dude is good.

Will be interesting to see how AJ will roll.  It appears as if AJ do not see a need to move "if it ain't broke, don't fix it".   Interesting
Posted by HMW at 11:08 PM No comments: Links to this post

The latest ratings book is in, more of the same. 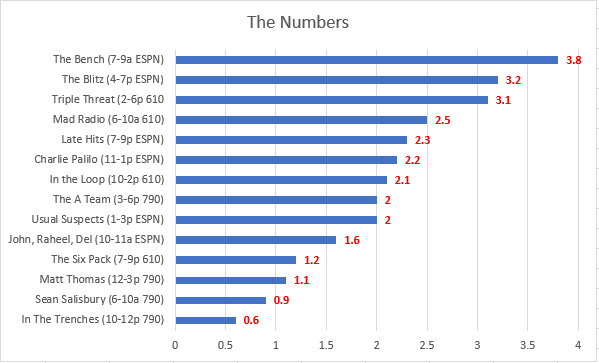 Football needs to come and come in a hurry.
Posted by HMW at 2:35 PM No comments: Links to this post 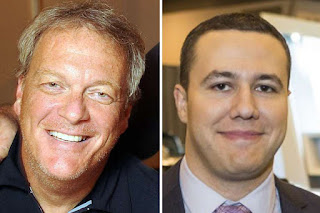 After I heard the news of Rich Lord and Mike Meltzer's firing, I was like "whoa". Those are some heavy names in the Houston market.

Typically, when big names are fired in Houston, everyone tweet sad shit or their favorite memories of the host.  I rather not do that because I know the country club atmosphere of Houston local sports radio.

Country Club -  If you are a name in Houston and usually white, you will easily get a job.  The talent in Houston is recycled. Rarely is there anything new, we will just hear them on another station.

Instead of singing a swan song, I wanted to approach this from another direction.  Recently, Paul Gallant, Mike Meltzer and Rich Lord were let got by Sports Radio 610.  No matter how I feel about them, they are Huge names locally.

All of these sub-par talents on other stations should be on alert.  They can easily be replaced by either one of these guys or even future fires.

If I'm a marginal radio personality, I would keep my head on a swivel

There is also option B, all three guys will fade in Houston


I can see all three guys replacing a few talents from other stations.

Posted by HMW at 9:14 PM No comments: Links to this post

Clint Stoerner vs "Caller" Victor in Angleton over Clowney

Some caller exchanges need no commentary. This was one of those calls.  A caller had an issue with Clint Stoener saying he wouldn't sign Clowney.

The funniest part about this call, after Victor in Angeleton completed his call,  Clint asked why do we compare Clowney to Watt.  Clint's Cohost Jeremy Branham tried his best to give all of these logical explanations of why people are doing this when the simple answer is race.  The next caller immediately after Victor also made it about race.

I think its a silly argument but to act like this shit is not about race is silly at best. Fans are driving the race element because it's an easy comparison.

All and all, it was a good back and forth and I was surprise Clint gave Victor the floor to rant.

Check this out on Chirbit

Clint versus Victor
Posted by HMW at 6:52 PM No comments: Links to this post